Organizing a Legacy: keeping the past in the present through organizing 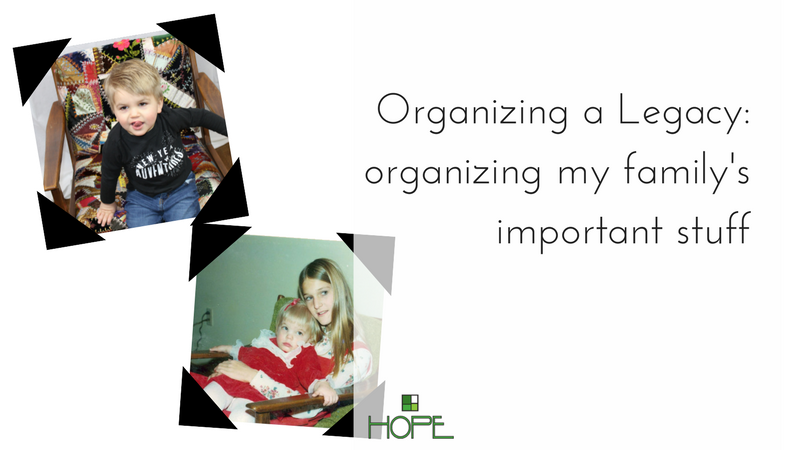 For generations, families have handed their “important” stuff down to the next generation. It almost seems like part of human nature. I have read several articles about how the younger generations don’t want the stuff and how upsetting this can be for the older generations. I’ve even read about families fighting over the “important” stuff. Personally, I think everyone can be happy if we all treat everyone’s ideas with respect. This is how I am dealing with my family’s important stuff.

On Thanksgiving Day in 2001, the entire Tonjes family sat in my parents’ living room and divided up my grandma’s “important” stuff. These were small items that were in her China cabinet or pieces of furniture and were either passed down from my great-grandparents or were significant gifts my grandparents once received. There was drawing of numbers and lists were made, all with some fun talking about the heirloom items. To be honest, the grandkids (and probably our parents) were thinking this is not necessary but if this is what grandma wants, we will go along. (She had seen her sister’s children fight over everything when she died and she didn’t want that to happen with her family.) I personally asked for something not on the list – a 16×20 wedding photo of my grandparents that was given to them on their 50th wedding anniversary by their maid-of-honor. 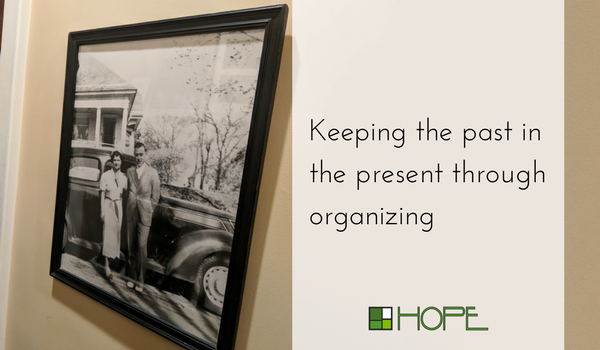 Fast forward to 2006: Grandma Tonjes decided it was time to move into an assisted living facility. Then it was much easier for her to let go of things because it was already determined to whom certain items would go. As I look back, it gave her so much peace of mind to have that list of who would get what, and it took stress off of the family members who were helping her move to determine what to do with some of the “things”.

My Grandma Dahlgren also made the choice to move into an assisted living facility around her 90th birthday. She was also able to help her family divide up her “important” stuff. In writing this blog, it’s made me realize that I might never be too early to start communicating to my family about the “important” stuff and where it should end up after I’m gone.

On the flipside, I have items all over my home that belonged to my grandparents. Most of these items were not considered the “important” stuff, but I was still able to use them in my home.

I have this chair sitting in the sunroom of my house that I had recovered with a remnant of a quilt that was in Grandma Tonjes’ linen collection. The chair is a great midcentury modern find – that grandma bought at a garage sale in the 60s. 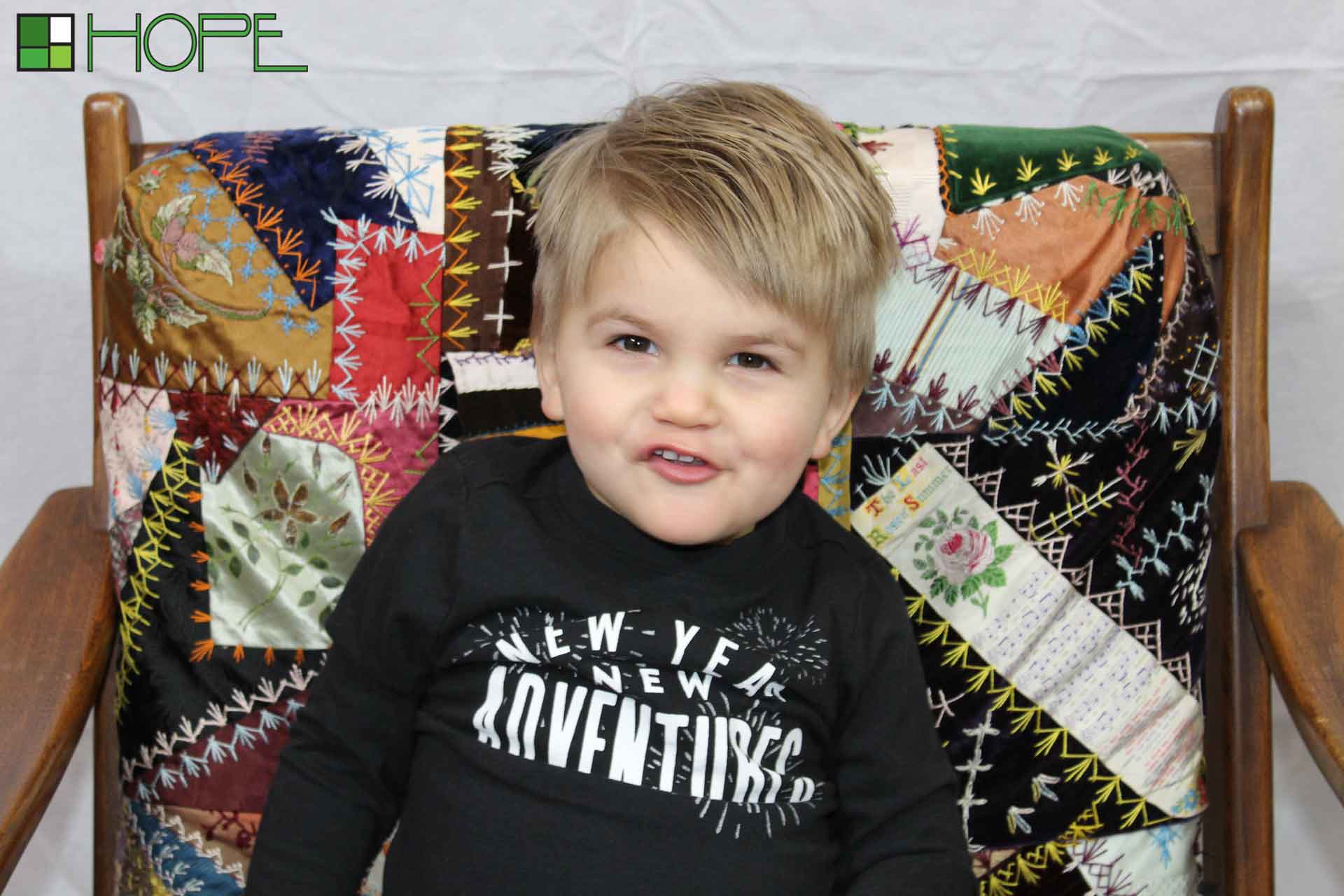 In our guest room (that we rent on Airbnb), I have a small dresser and desk that I painted in fun, bright colors. The desk may now be blue, but it always makes me think it sitting in my grandparents’ kitchen and then my grandma’s room in assisted living. 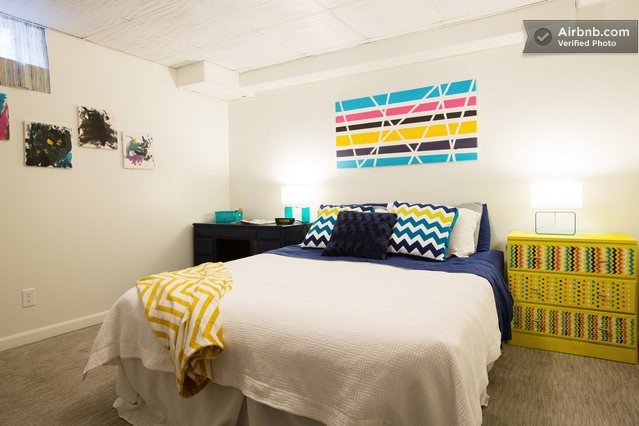 We have a table in our family room that previously was in the kitchen of my old house that was in Grandma and Grandpa Dahlgren’s kitchen for as long as I can remember. (I painted it black in 2006, but I think it might get a bright color makeover in the near future.) 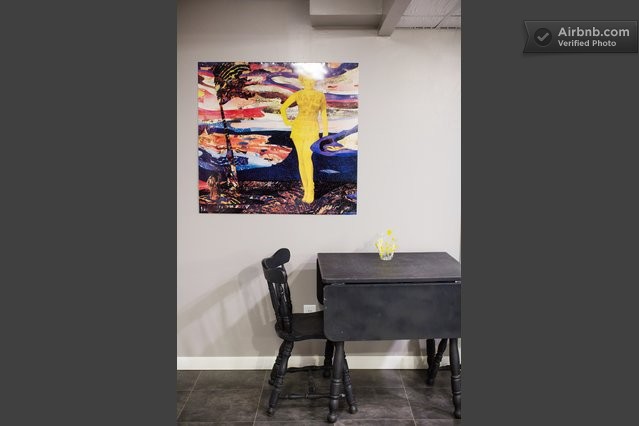 At Christmas time, I set out two nativity sets: each belonged to each grandma.

I saved some of my grandma’s scarves and tied them onto my suitcase to make it stand out at the airport! 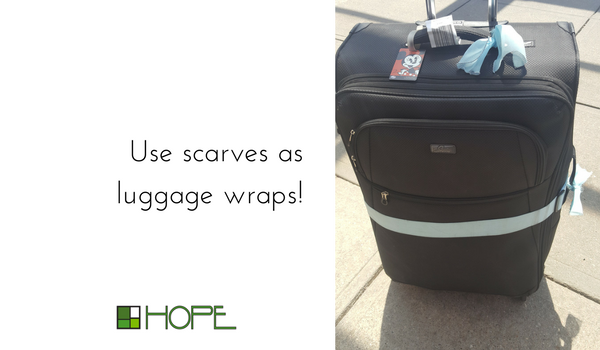 One item that I haven’t figured out what I want to do with yet is my grandma’s wedding ring. Unfortunately, it is very small and thin so there are not a lot of options, but I get to see it in my jewelry box every day. (My husband does occasionally wear my grandpa’s cufflinks.)

My HOPE is that all families will talk about their “important” stuff. Remember: if you keep everything, then nothing is really important. Consider repurposing items to keep them in your modern life in a different way. 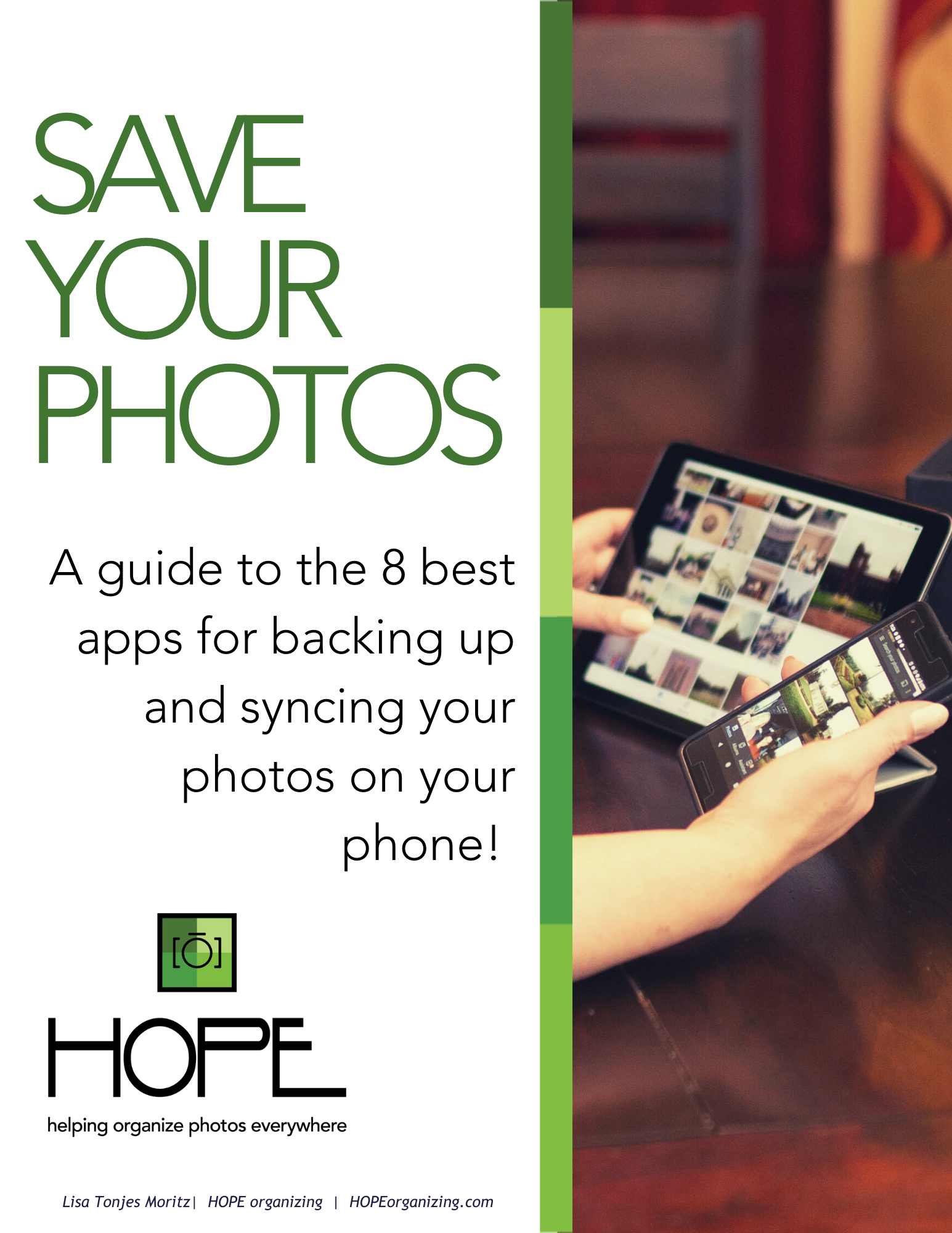 8 Apps to Backup your Photos!

Join our mailing list to receive "A guide to the 8 best apps for backing up and syncing your photos on your phone" and occasionally tips on how to organize, preserve, share and celebrate your memories!

Great! Check your email for the guide!

Your name and email will NEVER be sold

or distributed in any way.
You can unsubscribe at any time.We strictly comply with the